Home / News / A moment with Bundaberg Fruit and Vegetable Growers

A moment with Bundaberg Fruit and Vegetable Growers 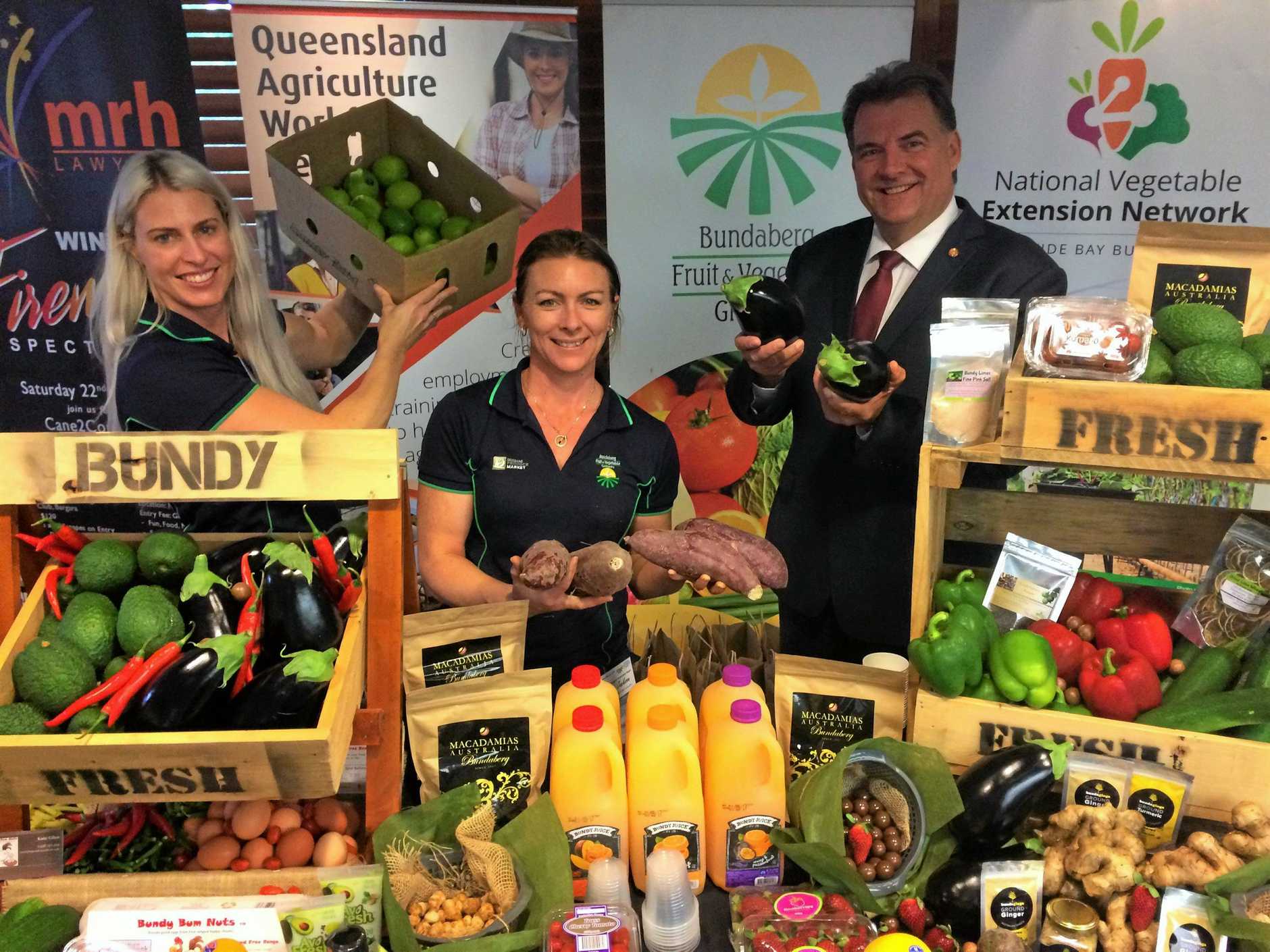 With Boomaroo’s recent opening of our Southbrook facility in Queensland, our ability to service growers throughout the state has increased. One region in the Sunshine State that has a rich horticultural history is Bundaberg.

Spanning 6,431 km², the Bundaberg region takes in Gympie, Gayndah/Mundubbera and Agnes Waters. The local horticultural industry employs over 5,000 people, which equates to approximately 20% of Queensland’s agricultural workforce. It has a farm gate value of approximately $500 million, with a gross value of production upwards of a billion dollars, 11% of the total gross value in Queensland.

Bundaberg is known as a strong agricultural growing area, attributable to the temperate climate, great rainfall and fertile soils. In these conditions, some commodities can grow for 52 weeks of the year. It also provides opportunities for farmers to have access to earlier growing windows than other growing regions, with produce such as strawberries coming a couple of weeks earlier than usual, giving growers the great commercial advantage of being able to tap into markets sooner. 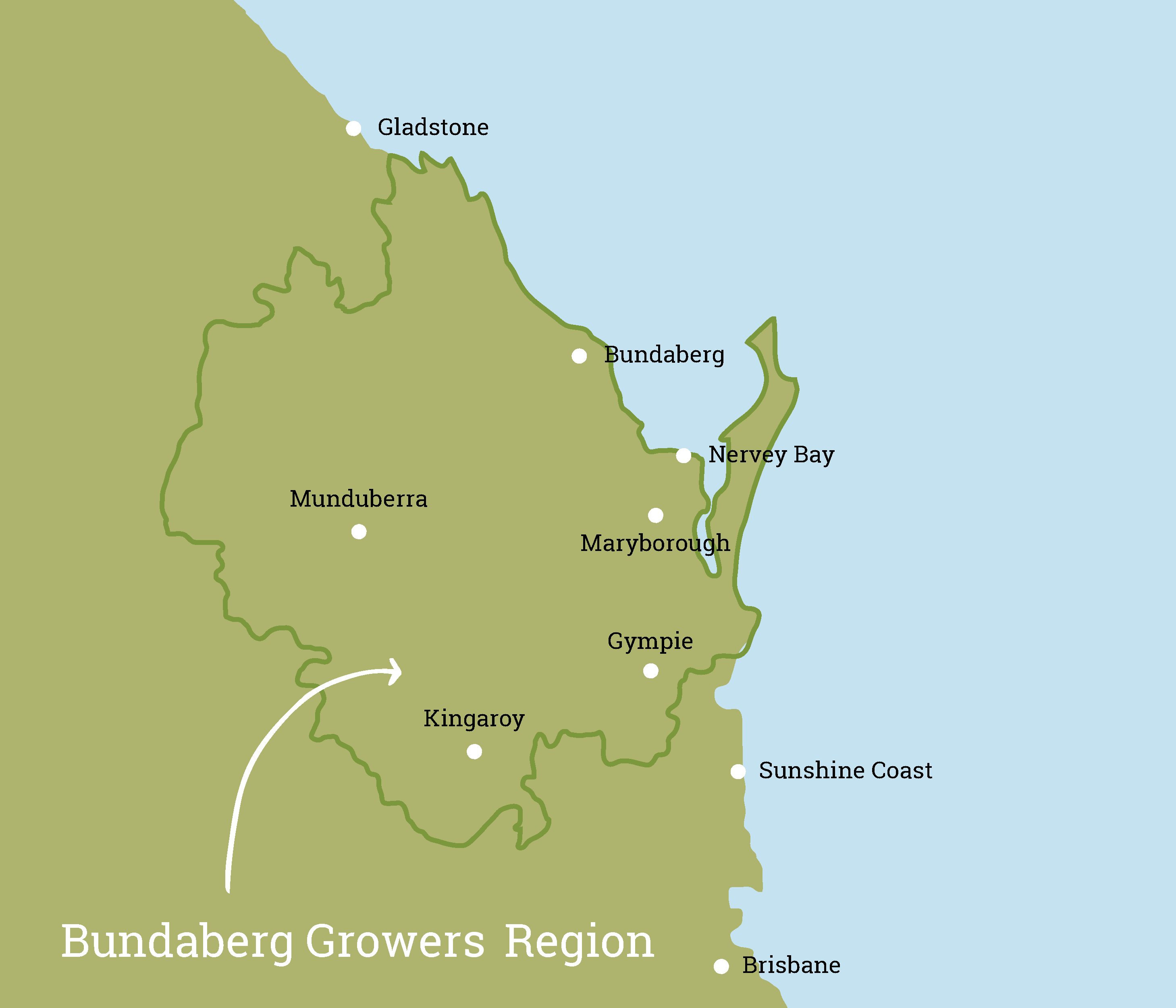 Established in 1948, the Bundaberg Fruit & Vegetable Growers (BFVG) represents horticulture growers in the Bundaberg district on issues critical to their overall success.

BFVG has over 400 members growing more than 30 different commodities in the region and provides advocacy to all levels of government, media relations, project support and industry-relevant fee-for-service agreements.

BFVG Secretary Bree Grima took some time to speak to us about BFVG, the Bundaberg region and the issues it currently faces.

“We like to say that we can just about cover the alphabet from A to Z and the entire meal from start to finish because we really do have just about every commodity covered ” explains Bree.

“Bundaberg has historically been a very large tomato producing region, this has decreased a little over time however field-grown tomatoes, capsicum and chilli are all still produced in large volumes. The temperate weather creates an ideal growing environment for vegetable crops and supply throughout the year remains fairly consistent.”

“Bundaberg is home to Australia’s largest chilli company and many other producers grow chillies and other vegetables in rotation with other commodities. Other crops grown in large volume include beans, zucchini, sweet potato and melons among others” says Bree.

“A number of our irrigation specialists here have had to put on quite a few new staff just to deal with the amount of tree crops that are then being put into the ground, so that’s been a really positive impact for our regional economy” adds Bree.

“New regulations being put in place have also made the Bundaberg region ideal for the growing medicinal marijuana industry. This presents another opportunity to create further employment within the region for a slightly different type of horticultural worker.”

“They’ve got high-security requirements and I guess that offers a different type of skill base…it’s probably more stable and longer-term employment for those particular employees,” says Bree.

While the Bundaberg region enjoys natural prosperity, it isn’t free of issues. The Paradise Dam is the largest in the region with a capacity of 300,000 megalitres. Recent testing results have shown that there are some stability issues with the dam, resulting in the water capacity being dropped to 42% by authorities to deal with ongoing works.

“We’re still at 100% allocation but we’re very much aware that they need to keep the dam at that level while they do these works and that the chance of that dropping allocation from 100% down quite low is a very real threat” says Bree. 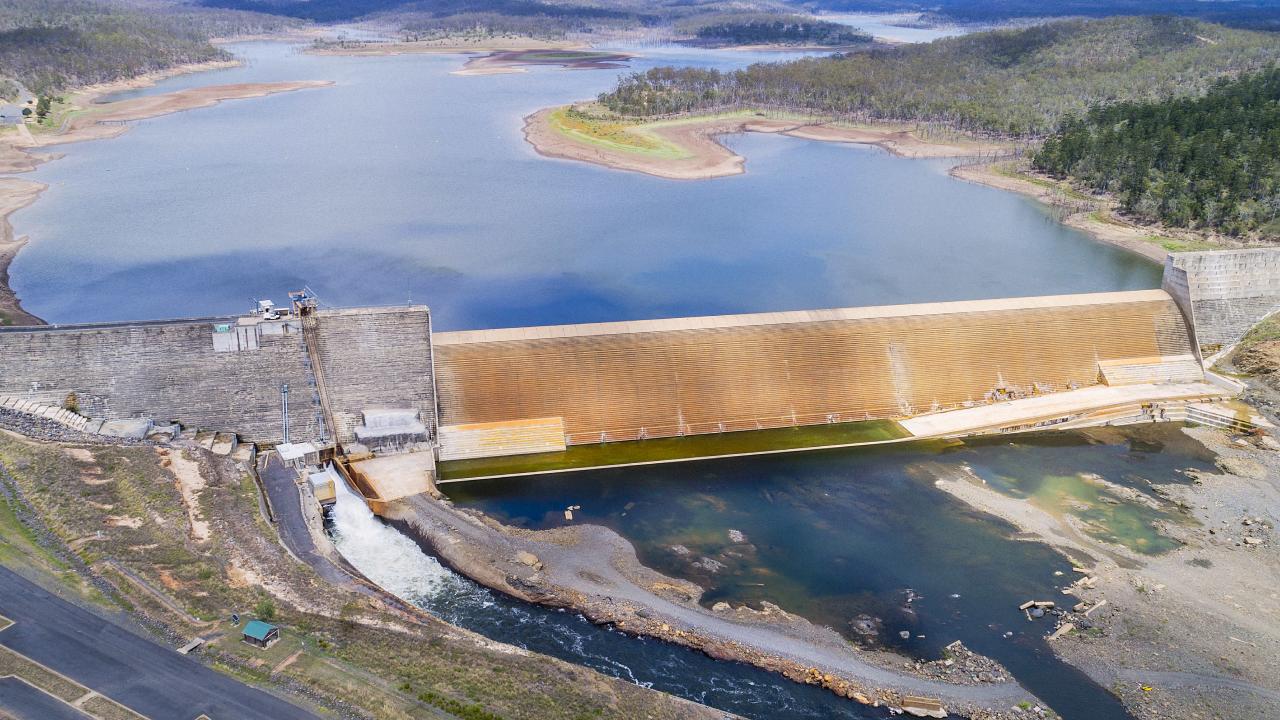 But these works come at a surprisingly good time in terms of rainfall for the region. After only receiving 300 mm of rainfall for all of last year, the region has already exceeded that amount this year. However, prior to the rain, allocations were predicted to be as low as 16%, which Bree says is simply unsustainable for local industries.

“We’re very much aware that quite often there can be up to 30% of products that’s waste in the field from either not meeting specs or due to market prices, so [we’re] looking at opportunities to utilise that waste as a secondary product,” says Bree.

Bree also speaks of investment in the waste to the energy sector, which is becoming an emerging industry. “The volumes that are required for that are really quite interesting and I think we’ll see a lot of waste products being put through those processes.”

Like Boomaroo, BFVG acts as a strong supporter of women in horticulture, encouraging women on farms to own their contributions to their businesses, and the industry.

“Boomaroo are great supporters of the industry certainly, and I think they’re also very visible in that they’re supporting women in horticulture, which is a really great thing,” says Bree.

“We conduct quite a few women in horticulture bus tours and events. We have found that if you get women on their own, then they have greater confidence to ask certain questions of the farmers and the technology that we might be looking at, that they might not necessarily have if it was a predominantly male group.”

Bree believes that while large corporate farms are the most visible in the industry, it’s the smaller operations that are the glue that holds Australian farming communities together. “I think it’s the Mum and Dad operations which are the backbone of the industry and we need to support them as much as possible.”

Boomaroo is excited to be supplying growers in such an iconic growing region via our Southbrook site. We are already ramping up production of tomato, capsicum and chilli seedlings as well as cucurbit crops – contact David Parker at Boomaroo Southbrook to find out more. 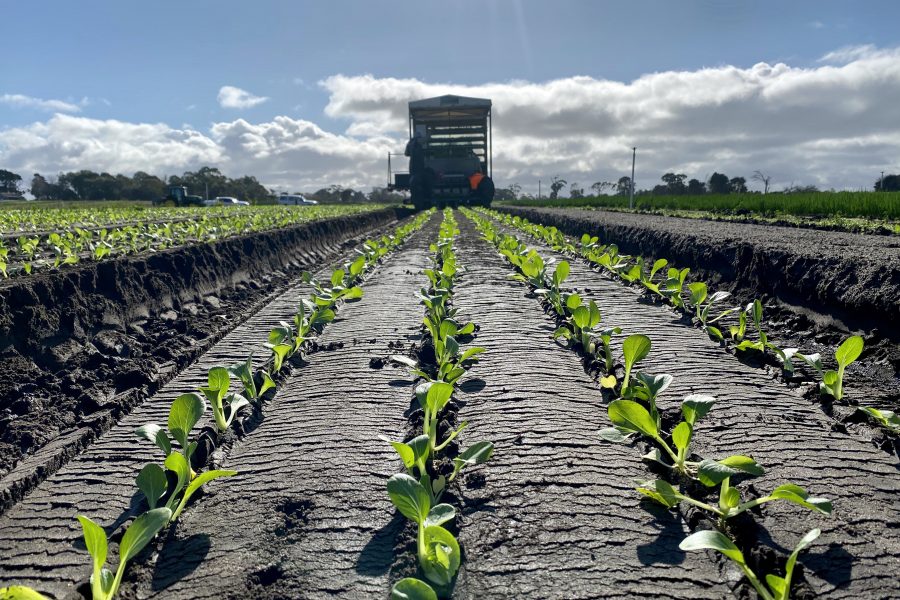 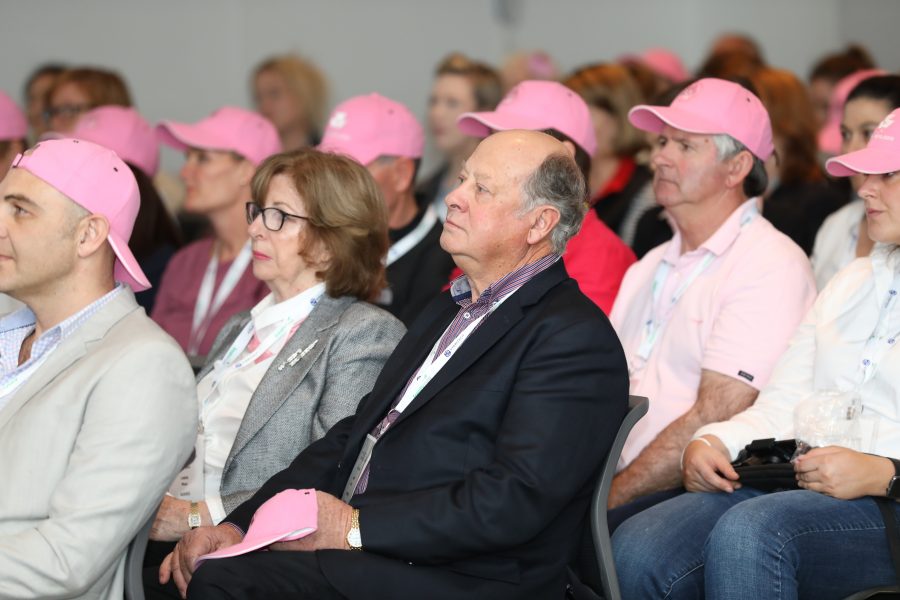 Ready to reconnect at Hort Connections 2022

Hort Connections 2022 is nearly upon us! After three years of pandemic-induced disruption, this year’s event offers a much anticipated 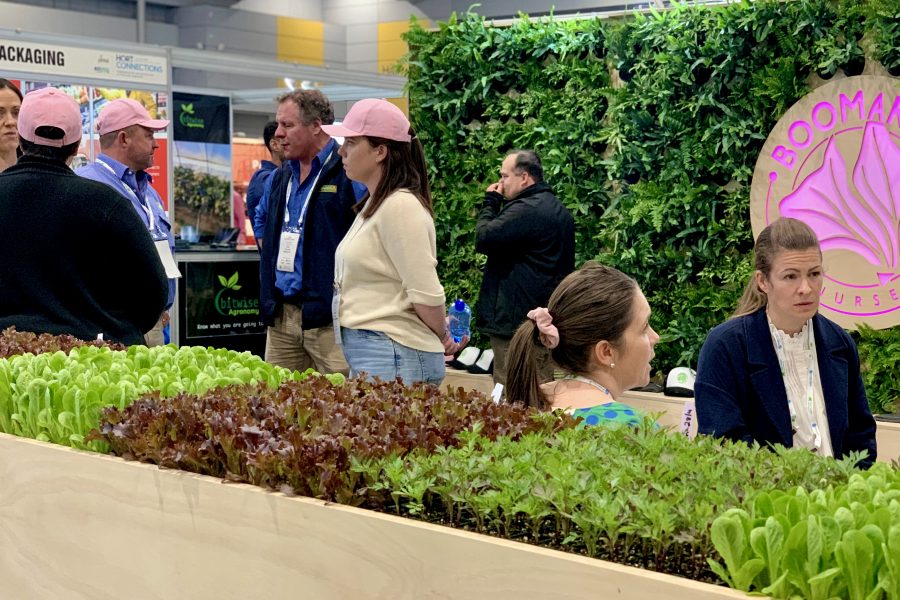 What a month it was to see the horticultural community come together at two major industry events this June. The